​
Ha! Caught you scrolling down :)
...for more updated info please go no further and click here to go to my NEW website!

"Pianist to the Stars"

click  to  view  performance  clips
Steven provides extraordinary and memorable music in
Los Angeles (where Steven lives) ...
Chicago
​ (Steven's hometown, returning often to service long time and new clients) ...
​Nationwide
(Have keyboard, will travel :)
( a clip from Steven's debut at Carnegie Hall )
​
​Some Recent Performances
Birthday Celebration at Frank Sinatra's Twin Palms Estate in Palm Springs   ●   Celebration Party to Honor Bill Hayes and Susan Seaforth Hayes on the Eve of them Receiving a Life Time Achievement Award at the 2018 Daytime Emmy Awards Ceremony   ●   Birthday Party for One of the World's Top DJ's at his Home in the Hollywood Hills   ●    Multi Million Dollar Estate Open House Showing in Bel Air   ●   Celebrity Bridal Shower at the Peninsula Hotel Beverly Hills   ●   Celebrity Wedding at the Athletic Club of Los Angeles   ●   Birthday Celebration in the Hollywood Hills for an actual real Princess  ●  Celebrity Studded Afternoon Tea at Home in Thousand Oaks   ●   Celebrity Birthday Celebration at the Shady Canyon Country Club in Irving   ●   Wedding Reception at Cicada  Restaurant & Club in Los Angeles   ●  Celebrity Wedding Reception at Lawry's  the Prime Rib in Beverly Hills   ●  Sierra Club PAC Fundraiser in Orange County   ●   11th Consecutive Year Entertaining at Annual Special Event for CIC Corporation in Chicago   ●   Fundraiser Gala at the School of the Art Institute's Ballroom in Chicago   ●   SOFAR Concert in Chicago   ●   Bridal Shower at Private Estate in Bel Air   ●    Corporate Reception for Fannie Mae at Conference at the Westin Bonaventure Hotel in Los Angeles   ●    Memorial Celebration of Life at the Palos Verde Golf Club
​
Click Here To Book Steven for Your Special Corporate or Private Event
​Los Angeles - Chicago - Nationwide​
---------------------------------------------------
﻿A little something special for all my fellow
die-hard Cubs Fans as we are still celebrating winning the
2016 World Series!  And are looking forward to the start of the 2019 season soon!
( 1 minute video) 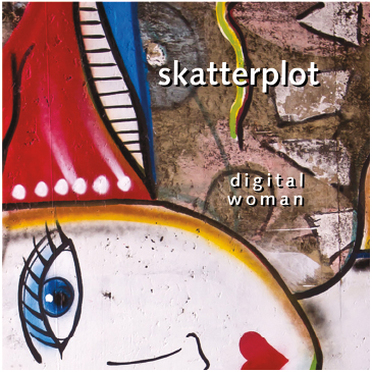 Songs about the ups and downs of relationships that will tug at your heart and leave you feeling upbeat with a smile on your face.  You'll be singing and humming these memorable and catchy tunes, again and again.

NEW!  Steven is now offering original music for licensing in commercials, television shows, films, videos, websites and anywhere else you need to use licensed music.

﻿"Wow,  that was remarkable playing.  That's a five dollar tip, even more, playing like that.  You're definitely on the path to a very successful musical career"﻿ said Bobby Watson, world  renowned jazz saxophonist, after Steven performed solo piano on stage for him at a special event.

"Steven Solomon is a young musician with an abundance of talent...that is catching the attention and praise of a lot of folks. He is someone you should know"  ﻿said Harry Porterfield, veteran news reporter, ABC-WLS Television, Chicago and respected music aficionado, as he said on ABC Television in a news feature profiling Steven and his music. ﻿ (Click here to watch the 4 minute tv report)

"...Steven has become a truly fine player...he'll be blazing a path on the music scene" said
Steve "Hash" Hashimoto, veteran Chicago jazz musician and one of Chicago's most talented and prolific electric bass players, as he wrote about Steven in his popular e-newsletter, 'Trench News" after playing with Steven at the Green Mill Jazz Club in Chicago. (Click here to watch a clip from the Green Mill performance)

"Incomparable...the audience was moved profoundly...the depth of your love for music shines through ..."  said Wayne Messmer, vocalist,  long time Chicago Cubs Ballpark Announcer and singer of the National Anthem at Wrigley Field and at Chicago Black Hawks Hockey Club games and veteran cabaret and musical show stage performer, as he thanked  Steven for performing with him at a sold out show, where Steven accompanied Wayne and eight other singers during 20 show tunes in a special cabaret performance.  (Click here to watch Steven and Wayne perform one of the tunes)

"Steven has had much success in a short time span.   His talent and love for his profession has brought him a long way.  At a young age he has accomplished a lot ..."  stated  The City Council of The City of Chicago in a Special City Resolution honoring Steven for his debut at Carnegie Hall and other musical accomplishments.  (Click here to read the full Resolution)

Ever the die hard fan and believing that THIS will be the year, Steven  has released under his one man band moniker “Skatterplot” his new Cubs victory song

“The Cubs Can Win It All”

“The Cubs Can Win It All” can be heard for FREE and downloaded at a  special ‘name your own price’ starting at just $1 at the
Bandcamp music website whose link is here ...